Seems like a strange comparison to have life lessons learned from a Disney movie. As a kid, I watched the movie, “Chitty, Chitty, Bang, Bang” featuring Dick Van Dyke, many, many times. It’s one of my favorites. As a parent, I watched it with my children, then again with my grandchildren.

I still know most of the songs. They are expressed in my heart.

Dick Van Dyke is incredible in this Disney feature. He sings, dances, amuses, and plays a loving father to his two young children. Everything he does in this film reminds me of my own father. Perhaps that is why I love the movie so much.

Chitty, Chitty, Bang, Bang is about a story of champion race car. Sitting in a junkyard about to be demolished, the two children plead to their daddy to buy it and fix it up.

Imagination takes flight. Dreams come true. Believing in the possibility to turn your dreams into reality, this movie has all the elements of creativity, personality, and inspiration.

The music tells as much of the story as the plot behind it. Potts is a widow. He finds love again. Without retelling the entire story, allow me to strike some life lesson comparisons. 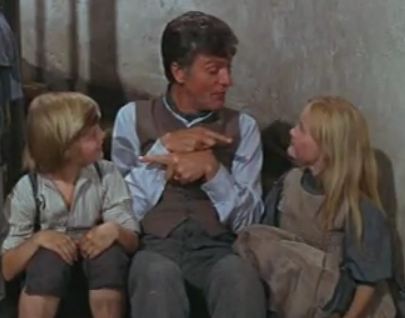 Inventor Potts loves his children. He will do anything for them. He will join a circus, make inventions to entertain them, and rebuild a car for them to play in. Potts is a dedicated father.

In essence, Chitty, Chitty, Bang, Bang is a family musical. However in retrospect it’s about life.

Watch the movie, listen to the songs. Feel the fear, the wonderment, and the inspiration of being different, of being great.

Writer at heart. With faith and understanding, the butterfly represents transformation. I'm in a season of change that has opened my soul to the beauty around me. I'm living my Faith Dream & it's amazing.
View all posts by faithdream »
« Heart Wrenching Michael Jackson’s audible recording before his death
A Hunger for Love Behind the Mask of the Bully »